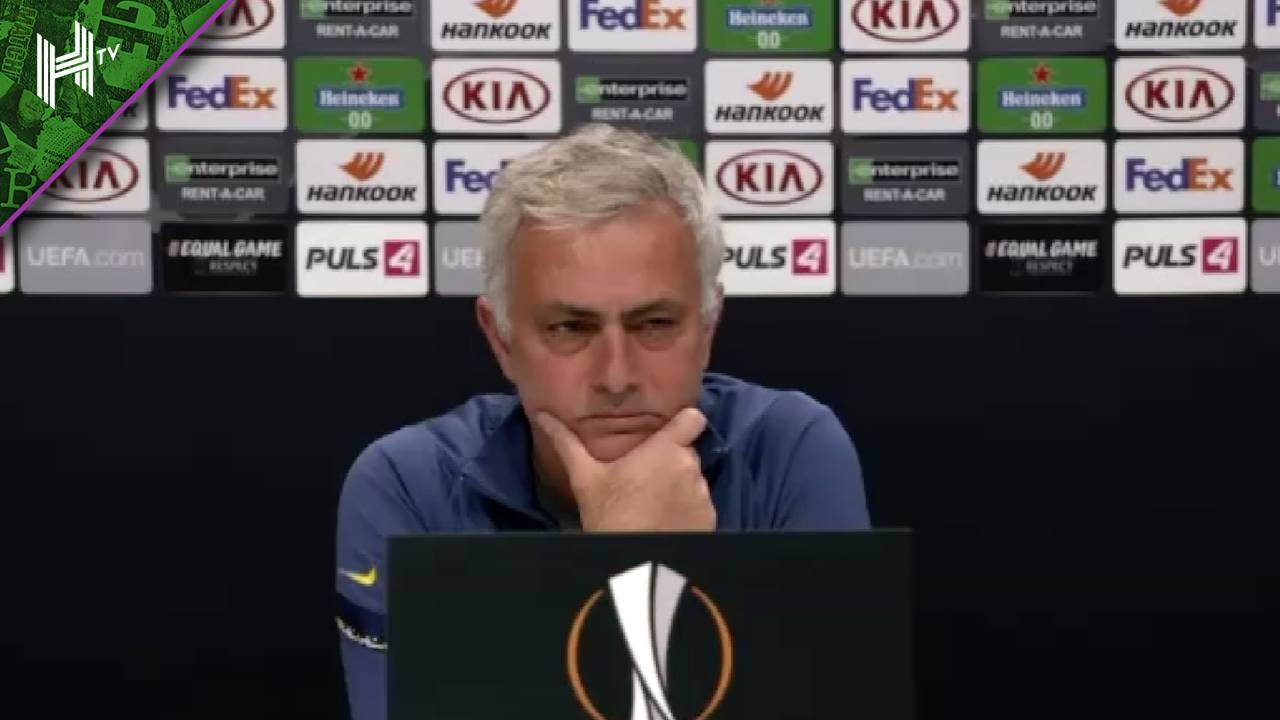 A draw is enough but presumably you want to win the group?
The priority is always to try and win the next match. The next match is a Europa League match and we will try to do what we do when we play in Premier League, we are going to try to win the match. If at the end we have a draw then yes okay that is fine and we qualified before the last match, but we are not going to play for the point and to qualify, we are going to play to win like we do every match. I say the same before every match – every result is possible.

Gareth Bale, has he progressed as fast as you hoped?
The only problem with Gareth is to get him to the dynamic and confidence of playing consecutive matches without any bad feeling, without any negative feeling or without any remembrance of the recent past where the condition was not the best and the fears were there. I think it is more about that. He is playing regular, he has the chance of a physical evolution. Of course he doesn’t need a technical or tactical evolution, he needs a physical evolution and to get into the intensity of matches and to get his confidence back to play consecutive matches like three matches in a week. I think it is more about that.
After what happened with Raul Jiminez, would you want concussion substitutions?
I am in favour because first of all the power to the doctor that is on the pitch. You must have as a coach on your side and on your bench a doctor you fully trust and then everything becomes easier because then the doctor’s word is the decision. That makes everything easier, of course a substitution for concussion would probably make decisions for coaches easier, but honestly for me the crucial point is to have a doctor you fully trust.

Enough progress to help concussion since Cech injury at Reading?
I believe the Petr Cech situation was key for changes and immediately some problems in some Premier League stadiums were quite evident. That situation with Petr was the key to changing many things. It was a long time ago but I remember lots of things going on to try and give the best conditions for doctors, ambulance and transformations inside the stadium and security to leave the stadium. It was a big improvement at that time.
Do you need to have Arsenal in your thinking when you think about who goes on the trip to Lask?
No, no, the big game is tomorrow. When we make changes in relation to the Europa League matches, we make these changes based on sometimes problems that we have and when we do that we trust the people that plays.
We don’t weaken the team because the Premier League match is more important than the previous one. We had Chelsea last week and before Chelsea we had Ludogorets and we weren’t thinking about Chelsea. We made the changes that we thought we had to make and to give some players some chance that they deserved. So in this moment Arsenal is not in our mind.

Next month you take on Marine in the eighth tier of English football. How excited are you about that?
I am excited. I learn to love the FA Cup, even as a kid. When I came to England I learned a lot about it too. I experienced great things in that competition. I think it’s a beautiful thing for everyone.
I look forward to it, honestly. I look forward to it. I hope there are good conditions in the stadium in terms of safety and all these things relating to protocols.
I’d love to play in that small stadium. That, for sure, means a lot for the home fans and for the players, the coach, everybody. The best way to respect them is to take the team, the players that they want to play against and we’re going to respect them and respect the competition.

Moura talking about changed mentality at Spurs since you took over. That was a theme at Chelsea, at Porto, Inter, Real, with the exception of United. How do you manage to make these players lions and fight for their manager?
What do you mean with the exception of Man United? It was a bit different at United, with the results. Players a bit different from at the other clubs I’ve mentioned.
To win the Europa League was not easy. To finish second in the league was also not easy. To win the Carabao Cup was also not easy. And to win the Community Shield against the champions Leicester was not also easy. And you don’t do difficult things without some empathy and some good work, so that’s just my feeling. So with all respect I don’t think your question reflects the way I think, the way I feel.

The Dele situation? Can it continue once the Europa League group stages finishes?
I answer your question in a few seconds, but first let me tell you something you all forgot but I have to speak about it, which is the game tomorrow. Very difficult match for us. LASK is fighting to have a chance of qualifying in the last match. We beat them quite easily at home but that game because I know them quite well does not reflect the difference between the two teams. I still consider LASK our strongest opponents in the group stage and we have a very difficult game tomorrow. Just a reminder.

Going to your specific question, one thing is me understanding the players, another thing is the players’ situation. I don’t make decisions about selling A, B or C or letting D, E or F go on loan. I am responsible for the players that belong to my squad and are working with me. And the ones not playing enough time in their mind, in their ambitions – they have only one thing to do. Which is to use the time they play to show me they are better than the ones that are having more minutes. There is no secret to that.

How is your relationship with Dele?I don’t have any problem with Dele, I don’t have any problem with any one of the players. It’s not about that. I’m really happy I don’t have personal issues with any one of my players. But of course players are happier when they play, they’re not happy when they don’t play. I don’t blame the players, it’s just the way it is. Again there is only one way to improve their situation, which is to work hard every day and to use every minute they’re on the pitch to try improve their situation but fundamentally the concept that is above everything is that the team is more important than any one of us. A simple example is Ben Davies. Against Chelsea he had to play 5 minutes. Last season he would be playing 90, this season on the bench He played the last five minutes like it was the last five minutes of his career. Why? Because the team is the most important thing. So these are the players that I want, the players that feel and behave like the team is the most important thing and ‘me personally, I’m not important’.

Toby fit and has a chance for NLD?
He has a chance. Not for tomorrow, he’s not even an option, he’s not ready for tomorrow. But in his process of recovery, he’s doing very well and there’s a chance that he plays. But Joe played against Chelsea and  was not an easy first match to play and Davinson will play tomorrow too so we have our options. So if Toby cannot play we will not cry like we didn’t against Chelsea and it will be a chance for another one.

Lingard and Saka star in dominant England win against Andorra 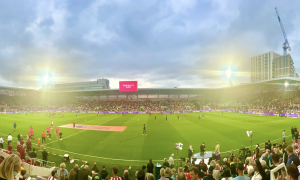 Brentford beat Arsenal to get off to a flying start 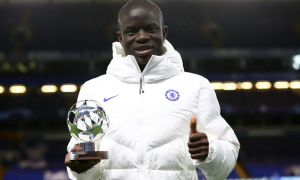 Who will finish in the Premier League Top Six? 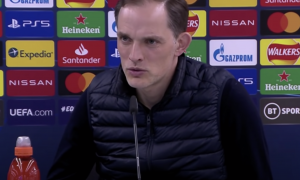 Chelsea through to Champions League semi-finals 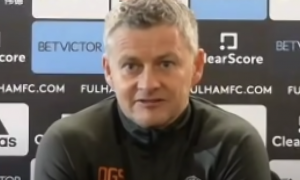 Cavani stars as Manchester United get revenge on Spurs 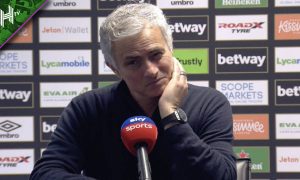 Chelsea through to Champions League last 8 as Kante and Ziyech shine. 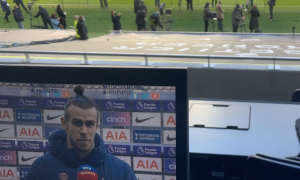 Bale Brace puts Spurs back in the chase for a Champions League place. 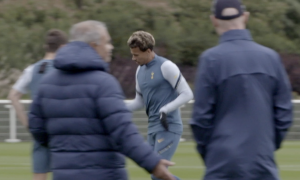 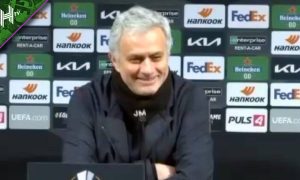 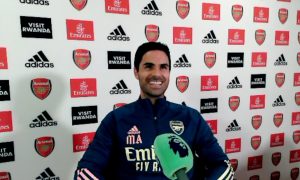 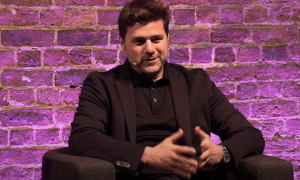 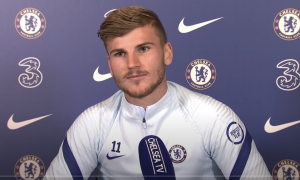 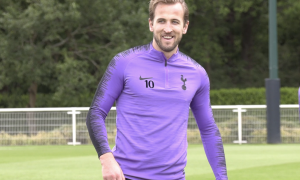 Kane back and among the goals for Spurs 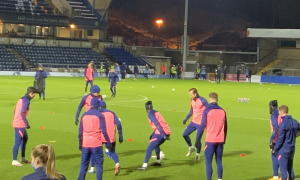 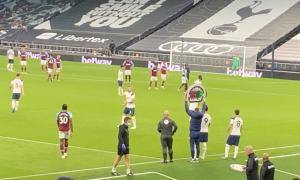 Manchester United return to the top 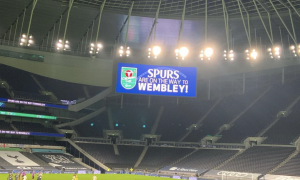 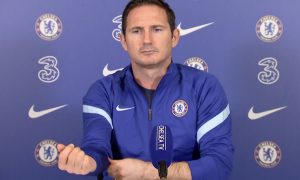 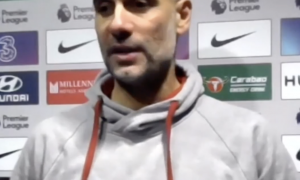 Chelsea in trouble as Manchester City tear them apart 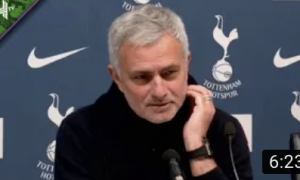 Spurs back in top 4 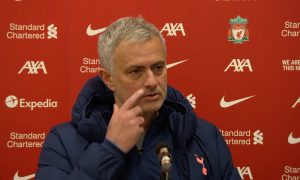 Liverpool overtake Tottenham at the top 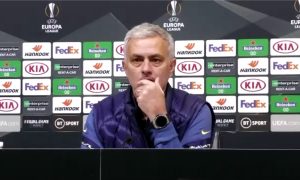 Tottenham through to Europa League last 32 as group winners 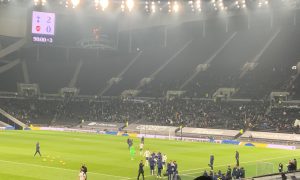 Spurs beat Arsenal and return to top of the Premier League 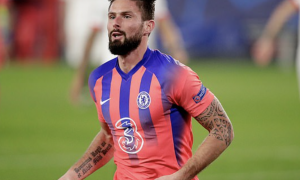 Giroud proves to be the ultimate professional 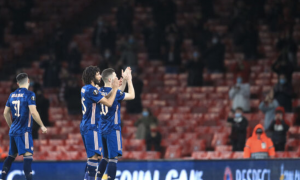 Fans back as Arsenal win in style 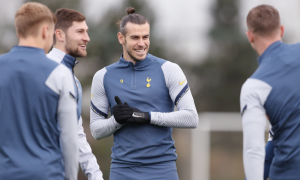 Big weekend in the Premier League

Any cookies that may not be particularly necessary for the website to function and is used specifically to collect user personal data via analytics, ads, other embedded contents are termed as non-necessary cookies. It is mandatory to procure user consent prior to running these cookies on your website.